Niu kids on the block: Sons of a gun from Philly set to light up Village Green

Philadelphia-raised rugby players Noah and Selby Niumataiwalu are coming to Manly. The sons of gun St George Dragons and Manly Marlins man, David Niu, are free-running and skilful inside backs like their old man. And as the following highlight reel showcases, they could be quite handy indeed.
Manly Marlins
Jun 25 Manly

Their arrival dates are not set in stone given travel restrictions but the sons of former St George Dragons and Manly Marlins five-eighth, David Niu, are hoping to turn out for the Marlins sooner rather than later in Shute Shield season 2020.

Noah Niumataiwalu, 22, is looking to arrive from Philadelphia first and be out of isolation and into training before season kick off on July 18. A free-running inside back with good feet and tasty ball skills, Noah's been playing for St Joseph's University Hawks in the US Collegiate League, and was picked for the Collegiate All Americans.

Selby Niumataiwalu, 25, captained Penn State University in the Collegiate League for three years and in 2019 signed for US Major League Rugby club Old Glory DC, the one-time home of Warringah Rats recruit Mungo Mason. Like his brother, Selby can step through the line or dish good ball to runners either side. 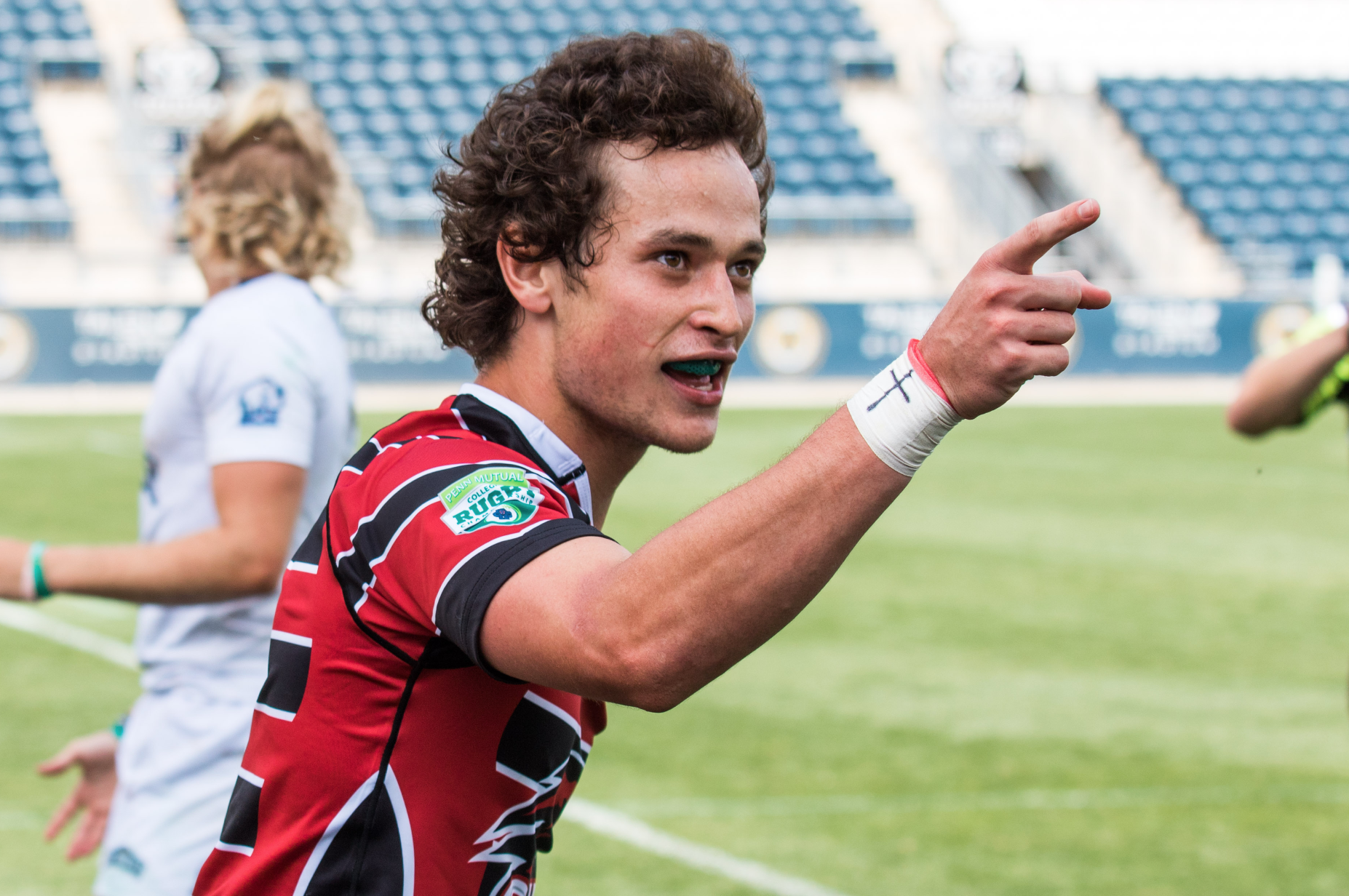 Selby's ETA in Sydney is also TBA but his father David says "hopefully not too far into the season".

"We're very excited to see that the rugby season will be underway in Sydney soon," says Niu who is hoping to travel with Noah. "The boys were so keen to come out before Covid-19 struck. But we're looking good now and fingers crossed it works out pre-round one."

Accompanying Selby will be his girlfriend Victoria Caruso, a recently-retired cheerleader with the Philadelphia Eagles NFL team.

Marlins President Cam Douglas played rep rugby with Niu and recruited him to Manly from Port Hacking in 1989.

In these pages in February Douglas named Niu at No.10 in his greatest ever Manly XV.

"David had silky smooth skills and controlled the game to a tee," said Douglas. "His tactical kicking was outstanding. He was very good runner, too.

"His skills hark back to his Fijian heritage. I know he is very proud of it. In fact Noah and Selby go by their full Fijian surname, Niumataiwalu." 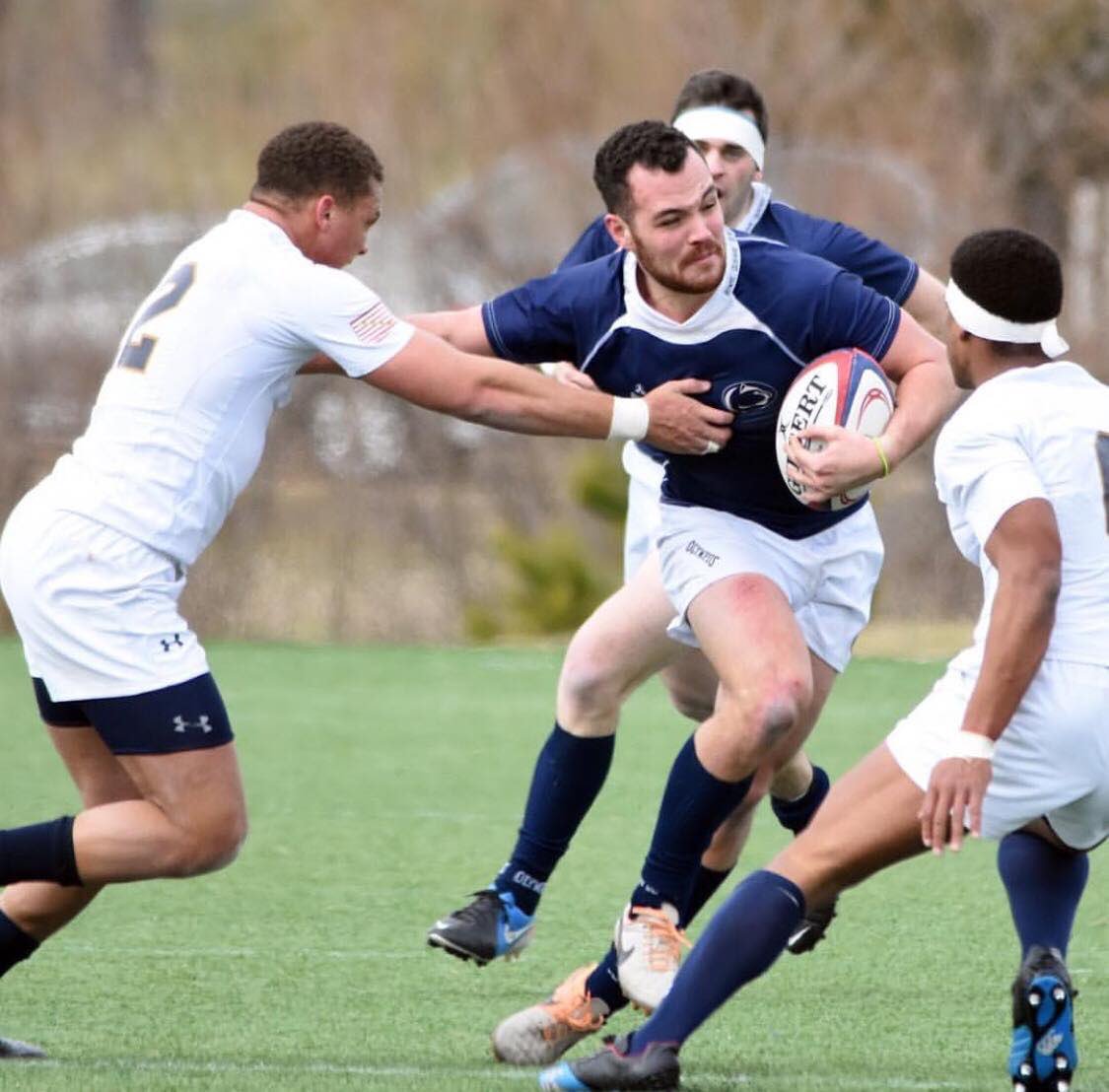 Selby Niumataiwalu going hard at the line for Penn State

"I’ve heard rugby is really developing in the USA and it'll be great to have them on board.

"Like all new players they'll begin in the lower grades and have to work their way up.

"Then if they are prepared to work hard, who knows where they end up,” McGoldrick said.

If you'd like to see more content from Manly Marlins, they'd be very grateful for your support and contribution. Manly Marlins will receive 80% of all funds contributed.
$

Whilst the Manly District Rugby Union Football Club was admitted to the Sydney 1st grade competition in 1906, records show that rugby was played in Manly in 1883 by the Manly Beach Football Club whose home ground was Ivanhoe Park, now Manly Oval or "Village Green". Manly won its first premiership in 1922 after a 6-all draw in the Grand Final with Balmain. Other premierships followed in 1932, 1942, 1943, 1950, 1983 and 1997. Manly adopted a royal blue jersey in 1923 and were known as Manly Blues. In 1997, the club adopted the name “Marlins”. Manly Oval continues to be the Marlins home ground.