For love not money: Inside the Friends of Warringah

The Friends of Warringah are a group of old boys and girls; sponsors and supporters who tip in money each a year to grow the game and support the club. And they do it for love - and a very fine lunch.
Warringah Rugby Club
Aug 12 Warriewood

The Friends of Warringah Rugby Foundation is the special projects branch of Warringah Rats. They’re a group of sponsors and supporters who hold themselves slightly separate from the rugby club with one remit: grow the club. They’re like the holistic funding arm of Rats Inc.

They refurbished the gym, put GPS widgets in the back of jumpers, ran coaching clinics at village clubs. The Rats now have two defibrillators thanks to the Friends - one for home games, one for away.

Three years ago, they had a very good one: create history. A record of it, anyway. It was fifty-odd years since the Rats kicked off in 1963. A film crew shot dozens of interviews, collated hours of footage.

Yet when the Ward family suffered the loss of their son Lachie in a fourth grade game at Rat Park, the club wrapped their arms. They played the season for the Wards. And when first grade made the grand final, co-captained by Sam Ward, the video project of the Friends of Warringah shifted focus. History could wait. The video became the “Rats Grand Final Assault”.

The Friends asked coach Darren Coleman and then general manager (and first grade hooker) Luke Holmes if the film crew could follow the team in grand final week. The pair gave it the tick, realised the importance of a record of 2017. The players barely noticed.

And when the club won its second ever premiership, and Sam Ward was lifted on shoulders in a mad, happy mob of Warringah players, all of them chanting “Warrr-diee”, Paddison and fellow old boys blubbered like fools. Sam Ward and the 2017 Shute Shield. The team made history. The Friends of Warringah made a movie.

Some weeks later the video was put to bed, and the Rats put on a bus and drove everyone to lunch at the Light Brigade, owned by long-running Rats supporters and major sponsors, the Bayfield family. On each table was a copy of the video.

There was a screening at the Chauvel Theatre in Paddington. And it was there that the whole club – players, families, old boys and young – roared along again, and cried again. Living it. None will ever forget it – even if it’s tough to find a DVD player to see a replay.

After the showing Jill Ward, Lachie’s mum, sidled up to Paddison and said: ”It felt like you made the video for us.” And the big man was gone again, blubbering. Hugging it out.

It's the stuff of rugby.

It’s what’s kept the Friends of Warringah tipping in their annual stipend, even when Covid threatened to right off the season. It's something bigger than them. It's about people, the game. It's about love.

Well, that and the lunch.

Every year, though it's unfortunately postposed for 2020 – the Friends of Warringah, very loosely what you might call "corporate" supporters (though they're just Old Boys, some of whom are Girls), have a lunch at the Parkhouse Hotel in Mona Vale. They’ll have a speaker – last year they heard from Mark Gerrard, Chloe Dalton, Geoff Toovey and Brett Sheehan – and tell each other how good they were over so many sherbets. 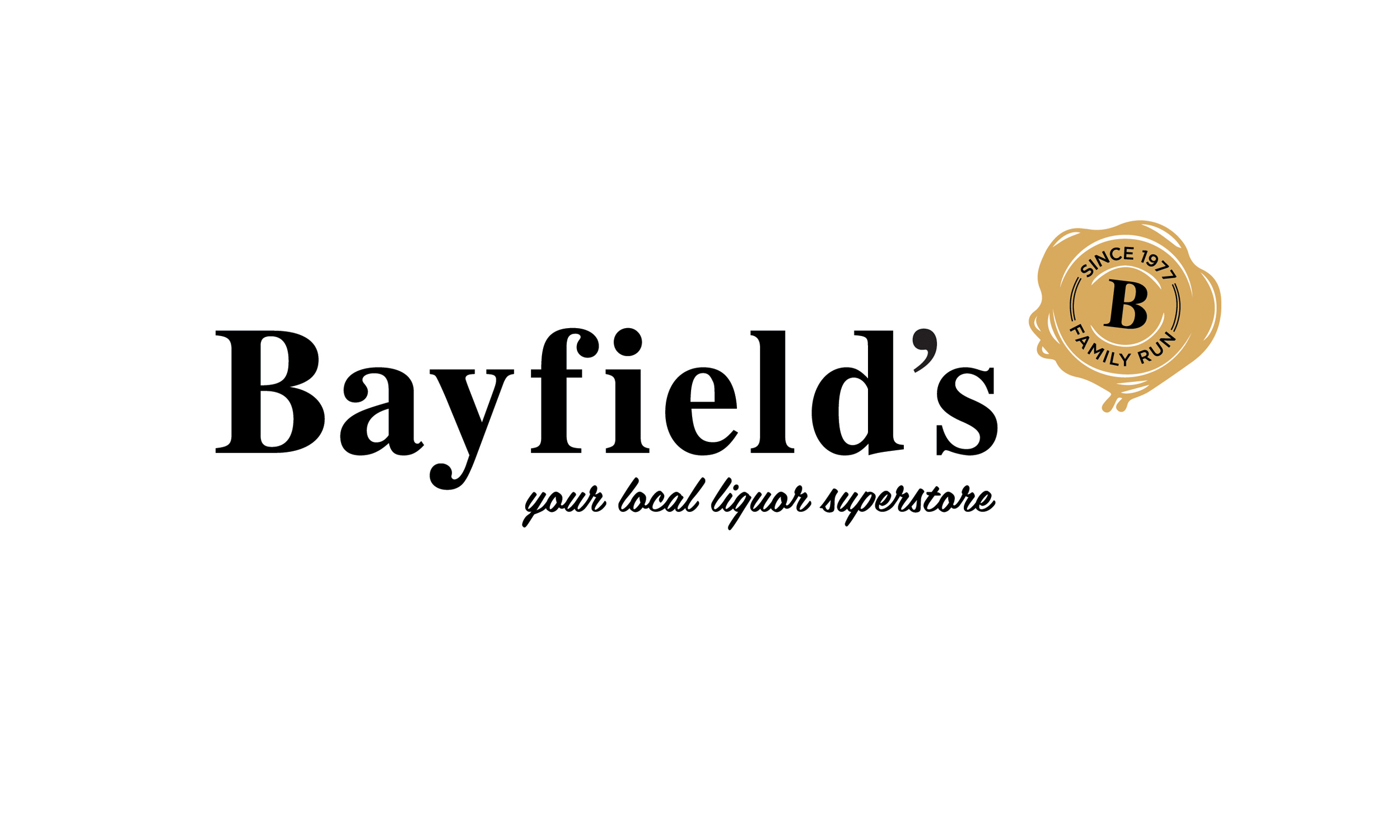 Geoff Toovey: a friend of Warringah.

Again – the stuff of rugby.

The Friends of Warringah have had a few iterations over the years but the latest model has been going since 2010. The club was near bottom of the ladder and broke when Paddison and a few pals decided to “just get up and do something”.

Today the Australian Sports Foundation administers the funds and the Friends are a recognised foundation. The committee is effectively Paddison and Stephen Doyle. The majority put their trust in the pair, happy to have a beer in the stand on a Saturday afternoon, confidant that the thousand they toss in each year is put to good use.

They can see that it is.

The scrum machine located at the Sydney Academy of Sports at Narrabeen for the junior clubs was a joint fund-raiser with the Friends’ younger, hairier comrades on the eastern side of Rat Park, the Hillbillies. These worthies tend to be have kids playing rugby. The Friends are a tad more venerable. They’ve done the Hill. Col Crawford is the patriarch.

The scrum machine at Narrabeen shared by the local junior clubs was a joint FOW-Hillbillies operation. And surely not the last.

Most clubs have a charitable, old boys wing but some do it differently. Randwick and Uni, for instance, consolidate all revenue. Their "corporate", Old Boys groups will tip all revenue into the greater pot. The Friends of Warringah model, however, is to remain a bit separate and retain ownership. They will hear any and all requests. But the decision rests with them.

“It works well,” says Paddison. “We like to remain a bit separate from the daily running of the rugby club. We’re not there to ‘pay the bills’ so to speak. We’re there to grow the club.”

Asked if the Friends pay players, Paddison is succinct: “No. We don’t see that as a way to build the club from the inside. We might fund a player’s flights and accommodation if they’re coming up from Melbourne, for instance. We’ll shout them breakfast.

“But paying players, we don’t like the idea of guys coming to Warringah for a season for the money, leaving if they get a better offer.” 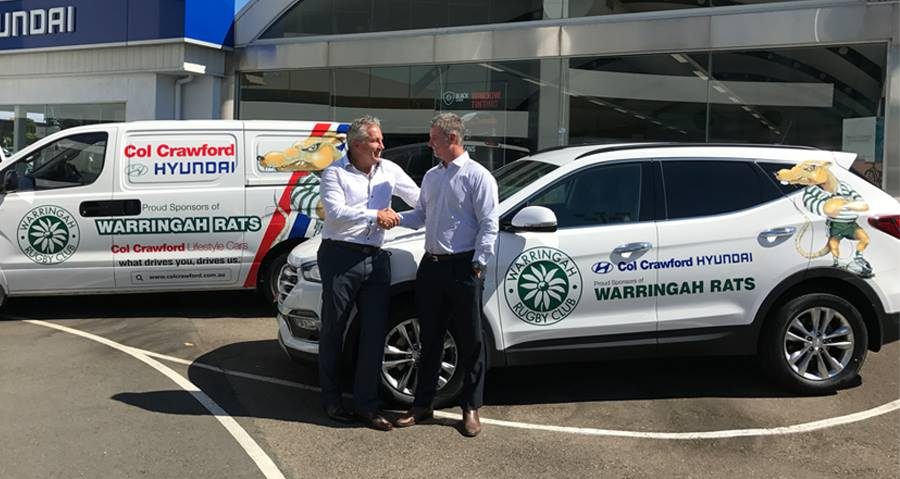 The FOW don't pay players. But they will reward them.

“We’ll consider everything put to us,” says Paddison. “The rugby club – and we’ve got a great relationship with them – might come to us with a shopping list of things. We might give the nod to half a dozen. And politely turn down one or two.”

Paddison laughs: “Hey - we’re the Friends of Warringah. We're not going anywhere else!”

Click here or on the pic below to join, contact or just check out the good deeds of the Friends of Warringah.

Consisting of four grades, a strong Colts program and an outstanding, high-achieving Women’s 15 side we are a thriving and engaged Rugby Club. Over the years our Club has been proudly and prominently represented at both national and international level. We believe that our Sponsors, Supporters and Players are our finest assets. They are characterised by qualities such as loyalty, commitment and generosity which make the strong foundation of our ‘family’. It’s this “family” that you’ll see and hear down at Rat Park on a Saturday cheering on every game and every grade, socialising afterwards in victory and in defeat. It’s this “family” that comes rain, hail or shine which makes things down here all the more special. Our side lines are laced with the finest of physicians and management and our grand stand filled with the most passionate of supporters. We’re a rugby club whose history spans more than 50 years and has shaped and defined the core of who we are. We are rich in culture, passion, great sportsmanship and of course a deep love for the game of Rugby. We're known as “The Rats” and the name holds significant value for us. After experiencing several difficult years with many humiliating defeats the players were reminded by Doug Leslie Snr - a Rat of Tobruk - that to give up in the face of adversity is never an option. The tradition of the Rats of Tobruk, of bonding together and making commitments in the true spirit of mateship should always be remembered. From that time on the Club became known as the Green Rats and our long held friendship with the Rats of Tobruk Veterans Association and their legacy is honoured by a memorial on the hill at the southern end of ‘Rat Park’.