Finally, My Chance To Tell The Trent Copeland Story

Truly, Trent Copeland has one of the great Australian cricketing stories. It's weird and wonderful, and I was lucky to be there at the start of his playing days at St George DCC and further blessed to speak in support of his Life Membership nomination at the recent AGM. I was cheeky enough to sneak my versions of events into my speech. Here it is. It with great satisfaction and pride I put forward this (roast) nomination for Trent Copeland to be considered for Life Membership of St George DCC.

The St George Chapter in Trent’s life began in the season of the 2003-04 where in Rd 14 he played his first game and wasn’t it a cracker.

A bit of artistic license on my part but I’m going to say that he gets dropped mid game to 3rd Grade and on day 2 you guessed it, he’s in the field again … all day …and takes a catch at WK.

First game done and dusted, a very skinny newcomer to the club has no runs, no wickets, 2 catches and has already played 2 grades …and thus starts the incredible senior career of Trent Copeland for the mighty Saints.

For some reason this young fella hailing from Bathurst turns up next season and he’s immediately put into the best team in the club, 3rd grade captained by yours truly. This kid better keep up to the stumps or he’ll be shaking hands with Dave Wilson in 4th Grade.

The young fella looks like he can actually hold a stick so we bat him at the top of the order and in Rd 8 he scores a match winning ton.....BUT .... the first of many fateful events takes place a week later. Whilst keeping up to the stumps …. to the fastest bowler in the club (read with tongue in cheek as it was actually me)…. Trent breaks one of his skinny little digits and misses almost 2 months of cricket.

I guess off the back of his injury, prior to the start of his 2nd full season with the Saints Trent tells me some ridiculous information about working on his bowling and wanting to give it a try. Great, another WK who thinks he can bowl. Mmmmm... he bats well so I’m gonna stick with him and who the hell knows I might even chuck him the ball when Warky, Elbows (James Turner) and myself have had enough.

Now here’s the stuff that needs clarifying …. For the record, first game of the 2005-06 season I chuck him the ball, 9 overs 1-30 ….not bad but I hope he didn’t get rid of those keeping gloves just yet ….. 2nd game promotion into 2’s for his batting. 3rd game doesn’t play, 4th game I break the cardinal rule and leave early to go to a wedding. My great friend Gary Jones takes the reigns in a rain affected game and with the game heading to a draw and also in sheer desperation he throws the ball to Trent who takes 4-1 off 2 overs to win the game and Gary bloody Jones is forever remembered as the person who discovered Trent Copeland the bowler !!!! No I’m not bitter.

In all seriousness, this was the start of what surely is one of the most remarkable Australian cricket careers. From these early days it was tough going getting the ball off Trent, but as a Captain you didn’t mind him running in and bowling 30 overs in the day because 95% of the time success was guaranteed. By the end of season 2005-06 Trent had taken 62 wickets across all formats and bowled 3rd Grade to a premiership. He scored heavily in the finals too!

Unbelievably he was elevated straight into 1st Grade the following season where he claims 46 wickets. He continued to go from strength to strength and in a short space of time helped bowl his first grade side to an unbelievable 3 consecutive premierships including a haul of 8-58 and 3-36 in the 09-10 final where he took an unbelievable 67 wickets for the season. The weight of wickets was too much to resist and Trent was selected to make his Shield debut just five seasons after he gives the gloves away. What follows can only be described as jaw dropping. Trent on debut for NSW claims 8-92. It is one of the greatest debuts by a bowler in Shield history.

Back to St George, Trent is developing in all aspects of life. He has become a leader and he has pushed his name alongside some of the greats in our clubs famous history. In just six seasons he has won an astonishing seven premierships between Grade and Poidevin-Gray Shield (U21's). More importantly he has morphed from coral necklace wearing knockabout from the sticks to a Leader within the club and a strong and healthy influence on younger club mates. Always available. Unlike many young lads from the country before him, Trent has managed the trials and tribulations of city life and has made Sydney and thankfully St George DCC his permanent home.

Just under a year and a half after making his 1st Class debut, Trent’s story becomes even more amazing when he is selected to tour Sri Lanka with the Australian team and after taking a "5 fa" in a warm up game, makes his test debut and earns himself a baggy green as Aussie player No.420. His first ball in test cricket is dispatched to the boundary by "The Dilsh", 2nd ball ....Out. Typical Copeland story line.

In the 8 years that have elapsed since representing Australia, I’ve seen Trent presented with a number of the usual challenges that cricket can throw at you such as injuries etc and I must admit I wondered a few times if his 1st Class cricketing days were numbered but there’s something very special about this bloke and as we’ve witness in recent seasons, his cricket has never been stronger. I know many experts that would have the name “Copeland” down for the upcoming Ashes tour.

What I also witnessed over all those seasons, during the good times and the challenging, was a brilliant young man still giving his time to St George. He plays, and captains our first grade team year after year. Whenever there is a small opportunity away from Rep duties he is there and I have never known him to take the field with any less hunger or determination than if he had his Baggy Blue on. His passion for the club is outlined every time he addresses his team before taking the field or presents a St George 1st Grade cap to a lucky new debutante. He tells them with great care, but, in no uncertain terms what it really means to wear that hooped cap. I’ve been lucky to witness this many times.

Off the field he has represented the club on numerous occasions at cricket presentations as well as making himself available to help at club functions where he puts one of his best talents to use. From an early age I have seen an amazing improvement in Trent’s ability to communicate and present his opinions to the greater public. This skill has developed to the point where he has become a respected member of the media. Even as a member of the new Channel 7 cricket commentary team Trent could be heard proudly representing his Grade club in numerous conversations. This was particularly evident when his St George teammate of many years Kurtis Patterson made his debut for Australia and went on to score a century in his second test. Whilst remaining ever the professional you could tell that Trent was so pleased and proud of his St George brother. A big future in this area is certain when he tires of ruining the batting averages of the countries most talented batsman.

Trent has also gone above and beyond for the club in other ways even helping to secure the services of recent recruits such as Blake Macdonald and no doubt these players are thankful for his help and guidance. Even his beloved Test shirt, you would think would take pride of place at his home, but no it hangs on a wall at the home of cricket, the Booth Saunders Pavilion at Hurstville Oval.

With all this in mind, truth be told though, I still marvel at his statistics. For our club this is how they read –

In all Grades he was recently added to the list of All time greatest wicket takers with 401 poles.

He also sits high in the list of all time best allrounders with 4104 runs alongside those 401 wickets. He has a highest first grade score of 122. Not bad for a wicket keeper.

Unbelievably now for NSW …. He has claimed 297 wickets at 26.2 which places him 4th in the all time list behind, Lawson, Matthews & MacGill.

Lastly, let me talk about family. I have witnessed the love and care of family in Trent’s world and how just how important it is to him. His mum Fiona and stepdad Steve have travelled the Great Western Highway more times than anyone and it is no small wonder that Trent is the way he is. His brother shows exceptional promise and we look forward to following his rise at the Saints. Trent’s family life continues in his Sydney home after he somehow jagged his beautiful wife, Australian Netballer, Kimberley Green and what a wedding that was in a room boasting NSW & Aussie cricketers and of course a whole bunch of his St George mates. Only problem now is he can never be the best sportsperson in his own house. Kimberley has that one tied up and I sure she can attest to his unwavering support of her amazing career.

I am so proud of this guy’s achievements, I could almost be lost for words…. But obviously I’m not. I applaud you Trent Copeland on your burgeoning career and long may it continue. This club is lucky to have you.

If you'd like to see more content from Hamish Solomons, they'd be very grateful for your support and contribution. Hamish Solomons will receive 80% of all funds contributed.
$ 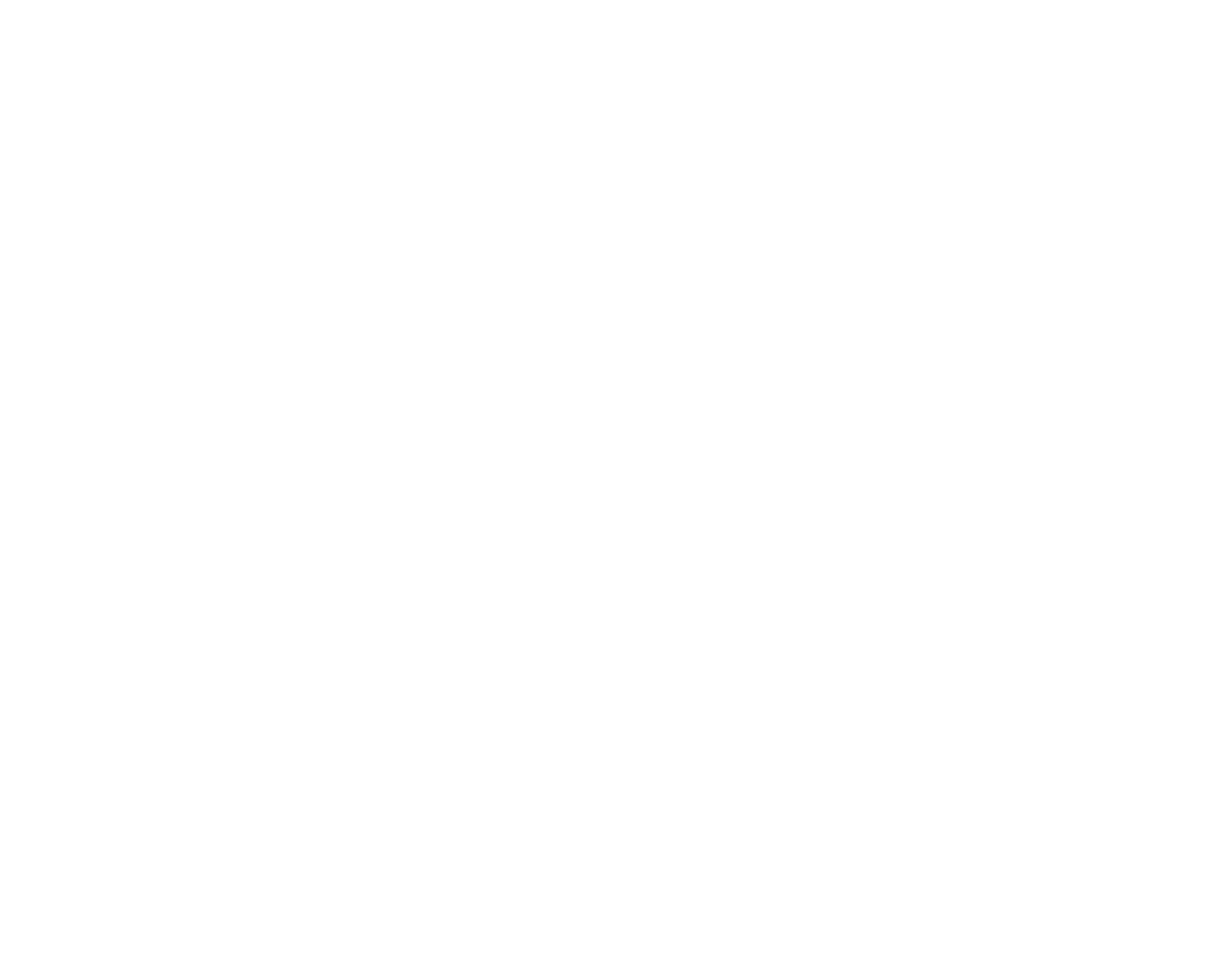