Henny and the Jets: a homage to Saturday arvos at Henson Park

It won't happen this season. It may not happen this year. But a day out at Henson Park watching the Newtown Jets play rugby league, with a tinny, a sausage sandwich and a group of pals is one of the best and coolest things you can do in this sporting life. Especially if they beat Manly at the death
Newtown Jets
May 07 Sydney

If you’d told Tommy Raudonikis the Henson Park Hotel would one day serve Nasi Goreng with grilled pork belly, acar pickles, banana chilli and tapioca crackers he’d have called you a fool and donged you on the bonce.

And yet, here we are: the local boozer of the Newtown Jets, not a hundred metres from the gates of maggoty old Henson Park, has gone from shady blood-hole of back-bar knuckle-men to that coolest of inner-city hang-outs, the gastro pub.

And the pub - now known as The Henson - like the footy club, has become cool. Indeed the Newtown Jets are the coolest club in rugby league.

Henson Park is largely the same as it’s always been - that being a chunk of 1947. The King George V Memorial Grandstand - over which NFL player Manfred Moore once threw a football - is like a big concrete barn.

You head there on a Sunday arvo, first grade kicks off at 3pm. You can buy a sausage sandwich and a tin of beer. A car park rings the field, spectators watch in cars like people at drive-in movies.

Local fans live in renovated terraces that were once just about slums, now worth more than Brisbane McMansions. Newtown’s major artery King Street is like the Greenwich Village of Sydney.

Yet you’ll see as many Jets T-shirts as those sporting Che Guevara. Newtown may be known as alternative art-hippy capital of Australia, but it’s cool to follow the Jets. Food and footy day at Henson Park. One of the great days out.

The Newtown “Bluebags” were the first club admitted into the NSWRL on January 8, 1908. Club official Glen “Bumper” Dwyer says “playing for Newtown is a bit different”.

“We’re a feeder for Cronulla, as the likes of Mounties are for the Raiders and Blacktown Workers are for Manly.

“But there’s a lot of pride in the blue jumper. Players have a real feel for the history. We’re the oldest club in Australia.”

Pre-match? Post-match? Where else: The Henson at Marrickville.

Couple years ago this writer was at Henson Park for the Jets’ annual “Reunion Day” which rousted 2500 fans.

They get about that for “Frank Hyde Shield” games against North Sydney Bears. And for their “Footy, Food, and Beer Festival” initiative, they attracted nearly 4000.

For a footy club that plays in the Intrust Super Premiership - the NSW Cup - they’re big numbers. And boosted today by a good bunch of old boys.

Ken Wilson was there, he captained the club in its last first grade match, a 9-6 win over Canberra on “August 27, 1983 at Orana Park, Campbelltown,” according to Dwyer who won’t have to look up the date.

Former lock Neil “Bing” Pringle was there, along with 147-game prop Doug Kemister and Phil “Whatsapacketa” Sigsworth, who with “Waltzing” Matt Hilder still owns the coolest nickname in rugby league. 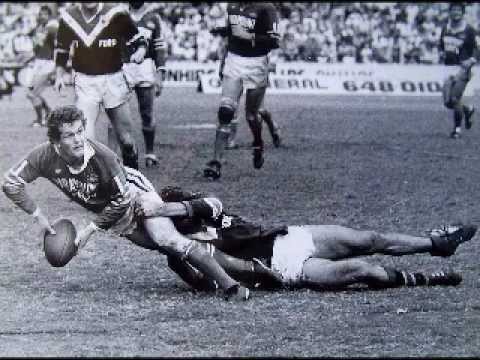 The old boys from the 1996 Metropolitan Cup premiership were there along with Bob Carnegie, who captained the club ’70-‘72 and “played for Sydney Colts versus Great Britain at Endeavour Field in 1970,” which is another fact Dwyer appears to have handy.

The Jets were welcomed onto the field with their brilliant team song. “Thirteen men all dressed in blue / Look out ’cause they’re coming through / Newtown – Newtown”.

Ricky May wrote that in 1972. Punk rockers Frenzal Rhomb still rip it off today. Tim Freedman of the Whitlams sang it at the club’s centenary dinner.

“The Jets are David Gonski,” said a mate, and you could find no argument.

Did we mention the Jets are reigning premiers?

But we were wrong. For the Jets began to rain tries. One try, two tries, three tries. And with each one, the roars from the hill and grandstand built to crescendo.

Fellah called Junior Roqica ran riot, made a huge bust for a try. Captain Matt McIlwrick gathered his men in the middle: We’ve got these pricks.

And then, when the fabulously-named Fa’amanu Brown plunged over adjacent the posts in the 78th minute to tie it up 38-all, the healthy crowd of hipsters just about lost their mind.

Brown converted. And they lost their minds again.

Suck on that, Manly!

Fa’amanu Brown scores to level the match against Manly 38-all. His conversion won it for Newtown in the 79th minute.

According to Dwyer there were approximately forty players spread across 16 NRL clubs who have played with Newtown. There are more again in UK Super League.

“Newtown aims to remain a competitive and proactive club in the second-tier level of Australian rugby league,” Dwyer said.

Could they ever come back to the big league? Highly doubtful. That ship has likely sailed.

But there is a place for them where they are.

We call upon Newtown supporters everywhere to contribute $100 to become a Keep The Jets Flying member. You will receive a unique package of memorabilia that will last a lifetime, one that will enable you to relive one of the greatest years in our club’s history. You might not be able to watch games this year but you can relive the glory of last season with this package. CLICK ON THE PIC. OR HERE. 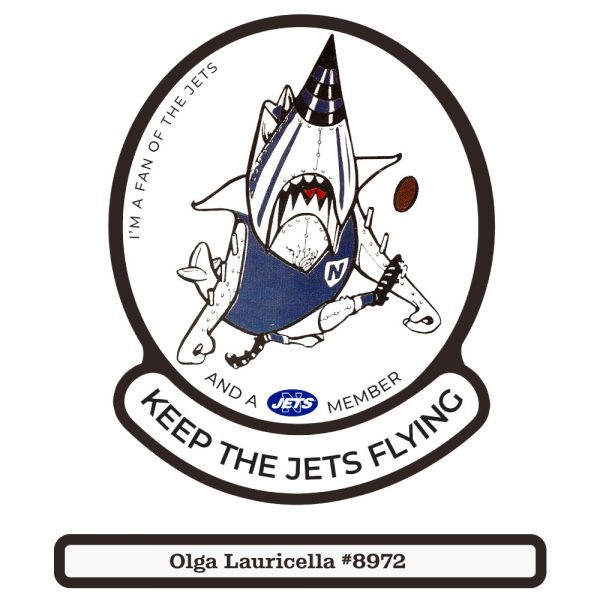 If you'd like to see more content from Newtown Jets, they'd be very grateful for your support and contribution. Newtown Jets will receive 80% of all funds contributed.
$

Newtown Rugby League Football Club was formed on January 8, 1908, at an overflow public meeting in the Newtown Town Hall. The Club is very proud of its special heritage and the fact that it is the oldest Rugby League football club in Australia. The Newtown Jets play out of Henson Park in Marrickville and are one of the marquee teams in the NSW Rugby League’s flagship competition, the NSW Cup. They are one of the best supported and most widely known teams in this competition and a Newtown home game at Henson Park on a wintery Saturday afternoon is a definitive Sydney cultural experience. The Club remains a Rugby League proving ground - a fact well demonstrated by the number of players who have played for Newtown and gone on to success with NRL clubs. After a nine years with the Sydney Roosters which saw both clubs win premierships, the Jets are in their second year of a three year partnership with the Cronulla Sutherland Sharks, whereby the Jets act as a feeder club to their NRL ally.