Foran home to Brookie - but will it work?

Kieran Foran is back in the bosom of Brookvale and here's hoping he goes well for the club and himself. But it's still a large leap of faith to sign him. And Manly knows it.
Matt Cleary
Sep 28 Brookvale

Here’s hoping. For Manly fans but footy fans, too, it’d be great to see him reprise some of the magic from his prime.

Because what he had when he was humming was footy best practice.

What a goer. He was like Laurie Daley or Jack Wighton – just a player. Could run, tackle, pass, kick. He was hard. Frothing. All action.

Inside Sport put him on the cover, he was barely 22. Year later he captained New Zealand. He was talked about with Bozo and Cliffy and Alan Thompson, the best five-eighths Manly had seen.

He was money, as they say.

But that was then. And today even a one-year signing is a leap of faith in a beaten-up 30-year-old with more baggage than Mascot.

We won’t rake over it. But fact is shit happened. At home, on the punt, on the piss. He was knocking round some gambling bloke, he self-prescribed meds, went to hospital. He got on the ink, was brushed by Parra. It’s all on the Google if you can be arsed.

He’s since been bashed up by injury in stints at Auckland and Belmore, and while he’s still a young and agile man, his body’s been pounded – shoulder, ankle, pectoral, toe; season-enders all. Play ten years in the NRL you don’t leave without scar tissue.

And this: you cannot turn back time. All that athleticism and rock-n-roll he had, that’s over. It’s done.

And Manly knows it. For all the feel-good stuff about bringing Foran “home”, you’ll note they didn’t sign him for two seasons…

And yet in the interest of good vibes and optimism in these vexed times, let’s ride Manly’s little rainbow.

For here’s the thing: Foran will not have forgotten how to play. In terms of skill and nous, that’s all still there.

Get the man fit and firing as people who attend the Hasler Dojo tend to get, and there is still footy in K.Foran. 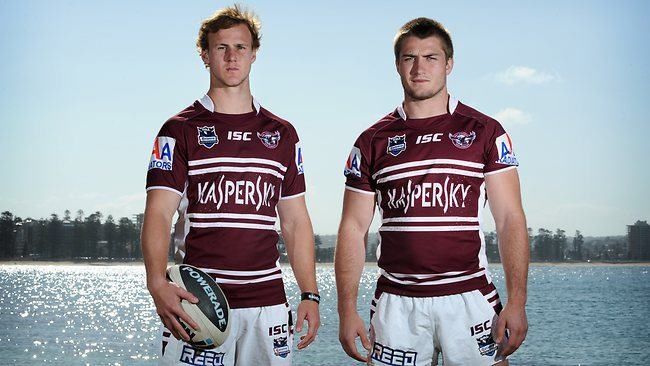 Manly boys: Daly Cherry-Evans and Kieran Foran should enjoy playing together in 2021.

What sort of footy, we’ll see. But he’s played 213 NRL games for a reason. Because he can play.

And he looks a tasty pick-up for Manly.

You like him at six, for sure, playing with Daly Cherry-Evans.

You like the idea of them passing to each other, running off each other. Having fun together, ripping off plays. They made each other better. They can again.

You really like the idea of Foran with the ball in two hands, running an edge with Jake Trbojevic, Curtis Sironen, Moses Suli, Tom Trbojevic. That could be tasty indeed. 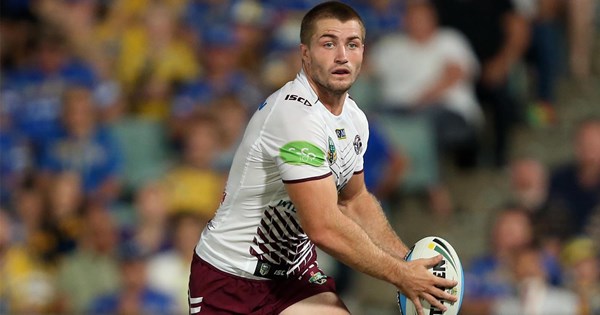 I don’t know what a Foran signing says to Dylan Walker other than see you in the centres, son. Maybe Walker’s cool with that.

Maybe he’ll get homesick like Addin Fonua-Blake. Maybe Manly’s cool with that.

Regardless, Foran will add spine to the spine, and surely some backbone to a team that’s let in 16 tries in two games against Gold Coast Titans and New Zealand Warriors.

And while Wighton, Cody Walker, Luke Keary and Cameron Munster are the game’s premier five-eighths, and you’d be leaving out a few like Mitch Moses, Foran can do a top job for Manly.

He can improve Manly.

Playing with Cherry, the Turbo brothers, and under his old mentor Des – and being back in the bosom of Brookvale, a “local” again, a northern beaches boy – it surely bodes well.